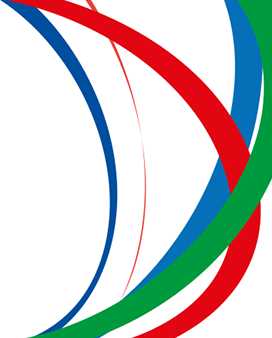 The purpose of the Forum is to discuss topical issues of increasing the competitiveness of the Russian industry in contemporary conditions of economic digitalization and the transition to Industry 4.0 technologies, as well as to find ways to solve them on the basis of on competence management and integration development both at the interstate level and in the "university - industry - science - market" level.

The Forum has the following objectives: (1) to study,  summarize, and popularize best practices in managing industries in the Russian Federation, introduce modern technologies of Industry 4.0 and tools for managing competences in industry; (2) to exchange of experience and dissemination of new forms and methods in the field of environmental research and environmental protection activities; (3) to facilitate the establishment of contacts between scholars; (4) to development an intensive cooperation between universities, industrial enterprises, research organizations, and businesses; (5) to search for solutions to current problems of industrial management; (6) to attract young scholars to contemporary problems of scientific and technological development.

1. Management of Competitiveness as a Basis for Sustainable and Advanced Development

It is planned to discuss current problems of managing the competitiveness of industrial enterprises and finding ways to solve them in the conditions of digitalization of the economy and new challenges of the 21st century.

In the last decade, not only the subject sphere of economic policy has seriously changed - the real economy. No less significant changes have occurred in economic theory. Enterprises, finally, have ceased to be considered the simplest microorganisms: the whole world of the internal life of enterprises has been revealed, which is rather complicated not only in a large corporation, but also in a small enterprise. The narrow notion of an enterprise as a commodity producer has been replaced by an understanding of the importance of an enterprise as a source of demand for labor and capital, as a city-forming force, as a source of necessary social institutions, a factor of social depreciation, etc. Cooperation and cooperation are no less important forces here. Considering that for Russia the issue of industrial development, the revision of theoretical and practical approaches to its strategic management is more relevant today than ever, this section occupies one of the central places in the Forum.

The digital economy opens up new opportunities for all subjects of the economy, but the transition to it in Russia takes place in quite difficult economic conditions, and there is not enough experience in the development and implementation of digital technologies, there are not enough qualified managers and specialists to implement new projects and breakthrough development. This section is devoted to the issues of successful practices in the field of digital economy, new approaches to managing it, challenges and ways to overcome them.

4. Artificial Intelligence as a Basis of Management System of Sustainable Developmen

Industry 4.0 leads to the massive introduction of cyber-physical systems in production, to the automation of most production processes, to endowing devices with artificial intelligence and the introduction of many other modern technologies. All this significantly affects the increase in productivity and lower production costs, and, consequently, contributes to the growth of management efficiency and the sustainable development of the enterprise. In practice, the development and implementation of such technologies is an extremely difficult task, which is why the section will discuss these issues.

5. Centers of Global Technological Excellence – Drivers of Innovation Development and Sustainable Development of a Corporation

Preserving and enhancing competitiveness at the national scale and at the enterprise level is impossible without introducing breakthrough technologies, without drivers of innovative development. However, where and how such technologies are born remains an open question for many. The section will present and discuss the concept of centers of global technological superiority, as well as the tools that are necessary for the sustainable development of the corporation.

6. Future of Energy: on the Way for an Innovative and Sustainable Development Model

The future of energy is what it is, what types of energy, what innovative designs and development models will ensure the development of our and other countries of the world. According to some authors, the decline in the share of hydrocarbons is the only possible scenario for the successful development of civilization, the only question is when this turning point comes, perhaps this will happen in 30 years. The formation of sustainable energy development models is one of the most pressing issues on today's agenda.

7. Compliance and Anti-corruption in the Modern World

In the conditions of complication of economic relations between the subjects of the economy, it is necessary to maintain control over the internal activities of enterprises. The section is devoted to the issues of ensuring such control (compliance) and the implementation of anti-corruption measures in the modern world. 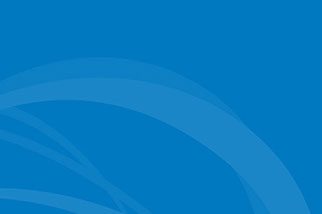